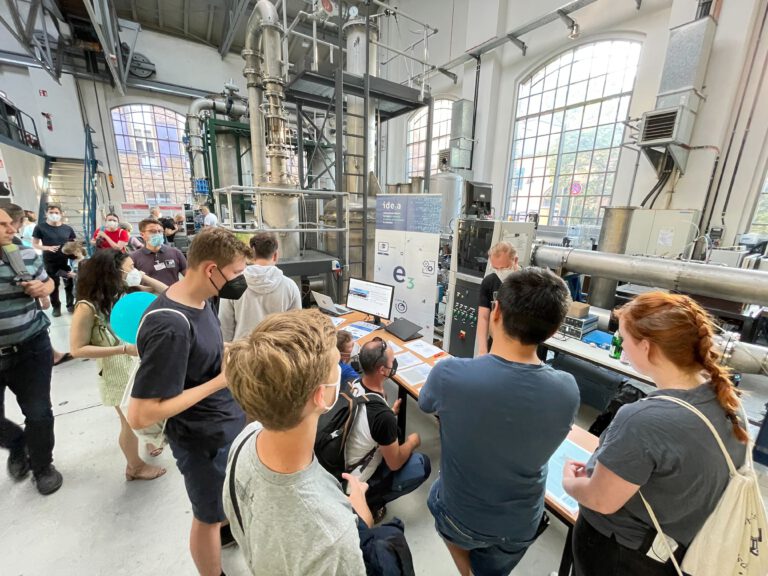 ide3a was represented with a booth at the Long Night of Science (German: Lange Nacht der Wissenschaften, LNDW) at TU Berlin on July 2nd 2022. The LNDW is an established annual event where scientific institutions present themselves to the public. Also this year, many interested people of all ages came to see what is being researched and worked on at the university.

The contribution of ide3a was to present its serious game “ConnectiCity”. The game is a multi-layered digital, open source, serious game to enable scenario analysis, simulation, and optimisation of urban critical infrastructure systems. In the laboratory of the Department of Smart Water Networks and Fluid System Dynamics alone, where ide3a had its booth, the organisers counted 422 visitors. The ide3a team was very pleased with how much interest people showed for their presentation and received a lot of positive and motivational feedback.